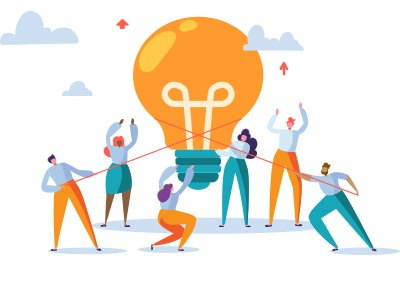 The Joint Response Vehicle pilot has been chosen by staff and community members as the winner of the 2020/21 NAViGO Project of the Year!

The scheme, put forward by Julia Wright and Vicky Ayres, will expand our mental health conveyancing project (the Mental Health Emergency Response Vehicle, or MHERV) with the creation of a further pilot scheme.

Four other projects from the Project of the Year shortlist will now be taken to Membership Board for further discussion and possible adoption.

Each year, staff and community members have the opportunity to influence the future direction of the organisation through proposing and voting on projects and schemes.

The Joint Response Vehicle will provide a timely response to individuals in the community, negating the delay in accessing mental health services where low-level clinical (medical) intervention is required and removing the need for inappropriate transfer to A&E.

As well as reducing the demand on other emergency services, it will also strengthen pathways between NHS 111, local ambulance service providers, police and specialist mental health services.

A similar project was successfully piloted with the London Ambulance Service in 2019/20, with positive outcomes including:

• 80% of people being discharged at the scene following combined treatment (historically, without the joint project this is a mere 40% meaning the project halved the number of people being conveyed to hospital unnecessarily)

• Instant access to care plans/contingency planning and safer care due to involvement of mental health clinician as 52% of those responded to were already known to mental health services.

The pilot will look to draw on these findings to provide an evidence base in procuring funds via the NHSE Ambulance Transformation monies to provide an ongoing service to meet the demands of the local population with our philosophy in mind.

Previous winners of the Project of the Year have included Safespace, Simply You and NAViGate sailing therapy.

OUR MEMBERSHIP
HEALTH PROFESSIONALS
GO BACK TO OUR NEWS