Fight for equality and diversity 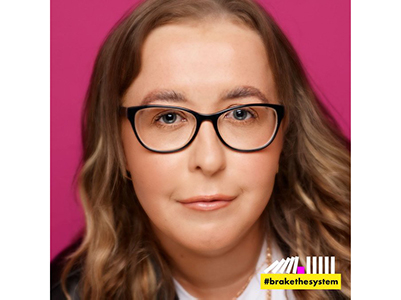 Why would you like to be a community representative?

"With it coming up to my two years of being a community representative I feel I still have a lot in me to give to the members and NAViGO.

"Over my term I feel I have grown in confidence and contributed to many positive changes including the LGBT+ Rainbow badge scheme and our new LGBT+ support group. I have experiences of mental health personally, whilst also having had previous experience caring for someone else also.

"Being a young person I feel I know what is currently relevant allowing me to offer new and fresh ideas. I strongly have passion for young people's mental health and getting them the correct preventive support to allow them to live a fulfilling life.

"Being able to continue as a community rep would allow me time to progress further with changes I have already begun to make. I would like to use the two years to further develop young people's support as well as progressing with the LGBT+ networking project I have already begun."

Tell us about you and your experience.

"My name is Courtney, I am 23. I have such a passion for all people's mental health but more specifically the mental health of young people. I have a personal experience with my own mental health from being a young child.

"I have also gained knowledge, experience and many key skills from being a rep/volunteer for NAViGO as well as being a Youth Mental Health Ambassador for a charity called Beyond. During my short life I have found young people are often at the bottom of people's priority list. However, I am a huge believer that if you intervene earlier in one's younger life, it will and can prevent further intervention needed later in life.

"Young people just want to be heard and acknowledged and that's why I want to stand again for election. I like to think I have made a positive start during my time as rep but there is still so much left I would like to do. I would like to represent two of the biggest under represented communities in our organization, being young people and LGBT+ people. I want to use my own negative experiences for the greater, in hope to shape the way for a better future."

If you are elected as a representative, what do you want to achieve?

"Firstly, I believe all people need to represented, no matter what their background, ethnicity, sexuality, gender and so on is. If I was successful in this election, I would be representing young people and those of the LGBT+ community.

"Having recently discovered my own identity more, I have come to realize as an organization we lack representatives in certain areas. It has recently been brought to my attention that those of the LGBT+ community are the least likely to seek mental health support in fear of judgement and discrimination. I have also recently discovered we have very little to no support for those in the LGBT+ community and suicide rates amongst this community are one of the highest.

"Having started the initiative for the rainbow badge scheme across NAViGO, I would love to be able to continue to use this role to further develop new ideas and initiatives around this topic. I would like to be a part of making those positive changes within NAViGO to ensure we as an organization are even better and have much more inclusivity.

"Whilst doing this, I want to be there for ALL the community members, service users and carers, ensuring we as an organization are giving the best care possible, providing people with the correct platforms to speak openly and honestly whilst also offering an empathic ear to talk to."

How do you intend to engage with the membership to ensure their voices are heard?

"Due to COVID-19, the engagement with members was quite difficult.

"However, I did connect over weekly check in and chats through the lockdowns and attended Your Voice meetings monthly. But with the hope of restrictions easing, I would love nothing more then to visit all sites, meet the key people we are offering our services to and have coffee mornings with them. I would use this time to allow a safe space for members to speak openly about any concerns they may have."