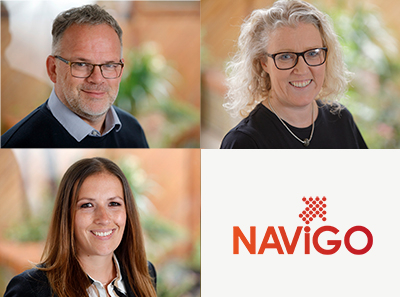 This follows the appointment of Mike Reeve as Deputy Chief Executive and Anna Morgan in the brand-new role of Executive Director of Corporate Services, overseeing our infrastructure teams, including Tukes.

The news comes two months after Simon Beeton was confirmed as NAViGO’s new Chief Executive, with Jane Lewington moving to the role of Chair to replace the departing Tom Hunter.

Simon said: “We’re delighted to make more great appointments to the NAViGO executive team, with people who can call on a wealth of experience within NAViGO and the wider healthcare sector.

“Mike, Anna and Janine have bags of enthusiasm and passion and we can’t wait to build on the exciting and important work we’re already doing at NAViGO to continue to serve the local community.”

There have also been some minor changes to our Senior Management Team structure across Infrastructure services.

To reflect the increasing breadth of responsibility across the Workforce and Development team, Richard Watson will take on the role of Assistant Director of People and Organisational Development.

All other roles across the infrastructure teams remain unchanged.

OUR BOARD
OUR MANAGERS
GO BACK TO OUR NEWS